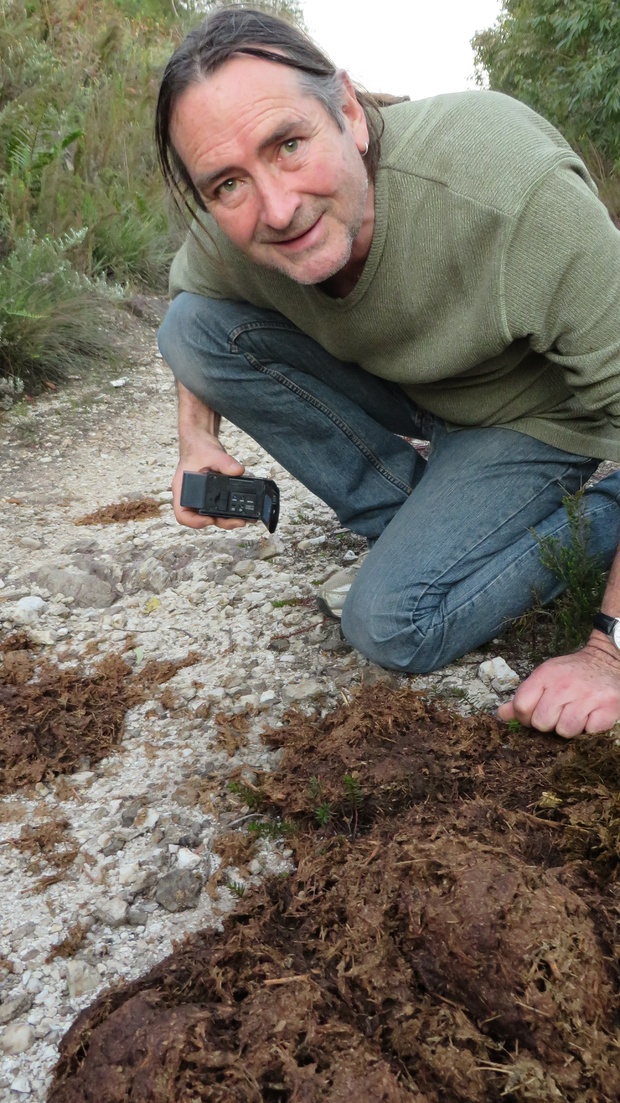 On Monday 1st September, late in the afternoon, Howard Butcher one of the owners of Peace of Eden, and legendary Nature Guide of 'Walk on the Wildside' was puttering around the forests on his motor bike and as he came around the corner, there was one of the illusive Knysna Elephants!

TODAY I WAS CHARGED BY AN ELEPHANT IN THE KNYSNA FOREST

For the last 10 years or so I've made a mission gathering info about the few remaining elephant of the Knysna forest. Very little is known about them and most of that info comes from the stout work of independent conservationist Gareth Patterson. At one time Gareth and I discussed collaborating, that I would pitch in my knowledge of infrasonic recording to help locate them in the depths of the forest - elephant communicate over significant distances at frequencies we cant hear.

So today I planned a late spring-day mission on my old XT500 to parts of the forest where their ancient forest trails are well defined and regularly used and there's often fresh dung. Puttering along in 1st gear I rounded a bend and to a combination of delight and horror just 25m ahead a young adult cow was charging towards me with ears forward and trunk flaying. I braked hard and the bike's wheel's locked as I skidded about 2m before coming to a stop. In my panic I didn't pull the clutch in so the bike stalled. The cow was about 20m from me when she came to a halt and we faced each other off. I was ready to leap off the steep drop away to my immediate right but then I though "shit, I have to record this" so I fumbled in my jacked for my cell phone as I studied her ear markings, tusks and stature to take in as much info about her as I could under the circumstances. She seemed to calm a little, then she turned around and walked off, fairly briskly but a walk nonetheless. As she did I was able to figure her shoulder height at about 2,3m (the size of the average door-frame height) which would put her age at about 25 years given that Knysna elephants are slightly shorter in stature than their KNP counterparts. She was very wide, typical of an advanced pregnancy, something I noticed at the outset but it was hidden by her flapping ears.

Unfortunately I wasn't able to snap any pics of her but I did get a shot of the scuffing on the track where her tantrum gave way to a composed departure. Later I figured from her tracks that I must have been slowly advancing on her and given the steepness of the terrain either side of the trail she wasn't able to move off so she decided to confront me as I came round the corner. She was in fine condition with even unbroken tusks about 600mm long and her ear margins had very few tears. What a scary but wonderful experience it was, I will never forget that fleeting moment when she made the decision in favour of flight rather than fight.

What a privilege it was to experience this, very few people have seen any of these magnificent illusive giants in recent times and to have such a dramatic encounter was surreal. 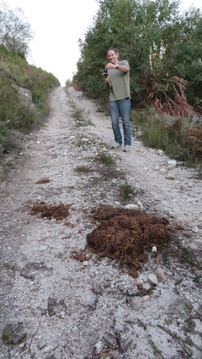 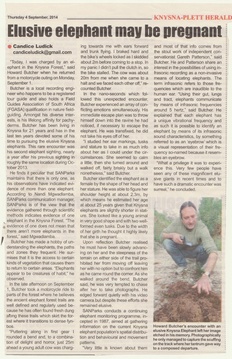